Who Is Ben Fuchs?
Ben Fuchs, R.Ph. is not only a registered Pharmacist, Nutritionist, Herbalist and Cosmetic Chemist but also the founder of Rocky Mountain Natural Laboratories.  This is a registered pharmacy with full service compounding, formulating and manufacturing facilities, based in Boulder, Colorado.  He holds a BS in Pharmacy from the University of Colorado and a BA in Broadcast Journalism from Syracuse University.
Pharmacist Ben has been compounding custom medications since graduating from the University Of Colorado School Of Pharmacy in 1986.  As a practicing pharmacist, Ben Fuchs became very disturbed at the many harmful side effects of prescription medications and at the same time he became fascinated and consumed with the God given power of proper nutrition.  He found he could no longer in good conscience, continue in the traditional manner and that his role as a pharmacist was to be a most unique one.
Ben is passionate in his belief in the inherent, God given, healing abilities of the human body and he lectures around the world on the Divine Magnificence of Nutrition. His lectures focus on the implementation of safe and natural strategies for healthy living as opposed to the over use and misuse of prescription medications. Pharmacist Ben also writes on various natural medicine topics and hosts a syndicated radio program on the Genesis Communications Radio Network known as ‘The Bright Side Radio Show’.
His show is described by syndicator GCN as a “fast-paced, entertaining and educational radio program that focuses on the latest, cutting edge ideas in health and fitness … featuring nutritional and wellness information about exercise, diet and supplementation, prescription drugs, psychological transformational tools as well as the timeless wisdom of all the great religions and philosophies.”
Through his popular talk back show he reaches out to people who believe as he does, in a different medical philosophy centred on nutritional supplementation, digestive health and proper diet which is a fast growing awareness gaining momentum worldwide.

Ben Fuchs has been working hand in hand with Doctor Joel Wallach as an ambassador in Doc’s crusade to improve the world’s health and wellness, often joining him on his radio shows.

…” The intricate design of the human body to heal itself as it relates to the role of proper nutrition, is truly Divine and Magnificent”  says Pharmacist Ben
… “We poison people to get them better,” Fuchs says, referring to treatments like chemotherapy. “It is the most asinine … backwards system.”
“Pharmacist Ben Fuchs is the most inspiring, charismatic, and entertaining advocate for health and nutrition you will ever hear.”  Michael L. Zwerling, Owner of KSCO News/Talk AM 1080 (Monterey-Salinas-Santa Cruz-San Jose, California).
“Pharmacist Ben Fuchs is extremely credible- and my audiences love him” George Noory Host of late night North American radio show Coast to Coast. 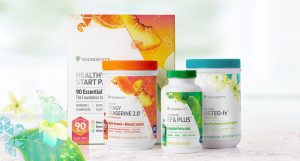